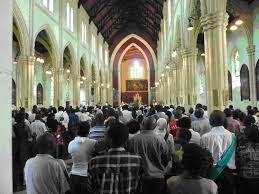 Why is it so acceptable for evangelical pastors to warn people of the clear and present danger of Mormonism, but so politically incorrect to warn them of the equally fatal gospel of Catholicism? Many evangelicals do not know how deceptively corrupt and fallacious this counterfeit form of Christianity really is. Let us take an objective view of the 10 most serious errors of Catholicism through the lens of Scripture. Although the following facts may seem unkind, insensitive and harsh, we present them out of love to protect those who may be deceived if the truth is not told.

Satan’s primary attack on Christianity is on the Gospel of grace because it alone has the power to save sinners completely and forever. Any religious teaching or tradition that adds to or takes away from God’s revealed truth is a distortion of the Gospel and a perversion of the nature and work of Jesus Christ. That is why the apostle Paul, under the inspiration of the Holy Spirit wrote: “If we, or an angel from heaven, should preach to you a Gospel contrary to what we have preached to you, he is to be accursed!” (Gal. 1:8). The apostles preached a Gospel of pure grace declaring that Jesus Christ, the perfect High Priest, offered Himself, the perfect sacrifice, once for all sin for all time. The work of redemption was finished, perfect and sufficient to save believers from their sin (John 19:30; 1 Pet. 3:18). Three days later, Jesus was raised from the dead for the justification of all believers (Rom. 4:25).

Rome’s way of salvation is not only another gospel, but the antithesis of the Gospel Paul preached. It focuses not on what Jesus has done to save sinners, but what Catholics must do to be saved. Their list of requirements include: be baptized (1256), receive sacraments (1129), go to purgatory for the purification of sins (1030), do good works (2016), keep the law (2068) and participate in the weekly sacrifice of the Mass (1405) for salvation. (Numbers in parenthesis are paragraph numbers in the Catechism of the Catholic Church). Rome’s false gospel that shuts the gates of heaven to those trying to enter should be enough of a warning but there is much more.

2. Rome Corrupts the Word of God

Satanic assaults on the Word of God have been increasing for 6000 years because it is the imperishable seed that brings forth life (1 Pet. 1:23). For this reason we are exhorted to maintain its purity and warned against adding to God’s words, “lest He rebuke you, and you be found a liar‰ (Prov. 30:5-6). Yet, the Vatican brazenly ignores this warning by corrupting the Word of God with its religious traditions. Rome then foolishly declares that together they “make up a single sacred deposit of the Word of God” (97). In making this ungodly pronouncement, Rome has established its traditions to be equal in authority to God’s infallible and inerrant Word (95). 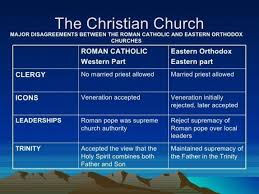 Catholicism teaches that their “bishops have, by divine institution, taken the place of the apostles as pastors of the Church, in such wise that whoever listens to them is listening to Christ and whoever despises them despises Christ” (862). Yet, according to God’s Word, they are not qualified to be successors of the original 12 apostles. They have not met any of the necessary qualifications listed in Acts 1:21-22. Therefore, they must be identified as “false apostles [and] deceitful workers, [who are] transforming themselves into the apostles of Christ” (2 Cor. 11:13-14). We know there have only been two successors of the apostles; there names are Matthias and Paul.

Every Roman Catholic priest is said to have the task of not only “representing Christ, before the assembly of the faithful, but also of acting in the name of the whole Church when presenting to God the prayer of the Church, and above all when offering the Eucharistic sacrifice” (1552). In this way, Catholics are totally dependent upon priests for their salvation. It is the priest who is said to cause regeneration and justification in baptism (1992, 1213); absolve mortal sin in the confessional; dispense the body and blood of Jesus in the Eucharist; impart the Holy Spirit in the sacrament of Confirmation; and offer the sacrifice of the Mass for souls suffering in purgatory. It is no wonder why Catholics trust their religion and their priests as mediators to usher them into heaven. Yet, the truth must be told: “There is one God, and one mediator also between God and men, the man Christ Jesus” (1 Tim. 2:5). By faith in the shed blood of Jesus, the High Priest, believers can go boldly into God’s presence without an earthly priest (Heb. 10:19-20). Since the resurrection of the one mediator, there is no need for a mediating priesthood. 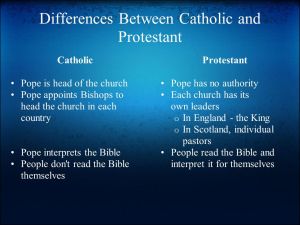 As incredulous as this sounds, Catholicism teaches that the resurrected and glorified Jesus Christ returns daily to Catholic altars to be worshipped as a sin offering in the form of a wafer. Its priests are said to have the power to reach up into the heavens and bring Christ down from His throne to be offered again as the Victim for the sins of man. According to Father John O’Brien, in his popular book, The Faith of Millions, “the priest speaks, and Christ, the eternal and omnipotent God, bows his head in humble obedience to the priest’s command.” This is not only a fatal lie but the most wretched form of blasphemy. The idolatrous worship of a wafer as the true Christ is no different than the idolatrous worship of a golden calf as the true God who delivered the Israelites out of Egypt (Exodus 32:4). Both are hated by God and are punishable by death. The Eucharist is irrefutably and undeniably a false Christ because Scripture declares Jesus will remain in Heaven until He appears “a second time, not to bear sin” (Heb. 9:28).

6. Rome Usurps the Sovereignty of God 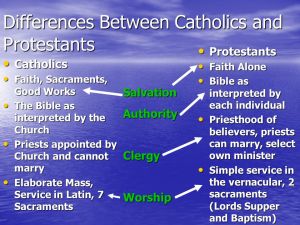 Catholic priests are said to be able to do what only God can do, and that is, bring those who are dead in sin to life in Christ. As the priest sprinkles the water of baptism, the baptized is said to be reborn as a new creature, adopted as of son of God, purified of all sin and justified (1263-66). This false teaching violates the sovereign regenerating work of God. Those who become sons of God are born again, “not of blood, nor of the will of the flesh, nor of the will of man, but of God” (John 1:13). They are saved on the basis of God’s purpose and grace (2 Tim. 1:8-9).

Scripture declares clearly, and without a doubt, that there is only one cleansing agent for the sin of believers. The blood of Jesus cleanses us from all sin (1 John 1:7). Yet, Rome diverts its people from the Savior’s blood and instead offers a place called purgatory as a dreadfully contrived hoax. Please see PTG, Vol. 18 No. 2, for a complete article on the deceptive doctrine of purgatory.

How could any man do something so wicked and sinful as to exalt himself to the point of wearing titles reserved for God alone? Yet Roman Catholic popes proudly adorn themselves with the divine titles of Holy Father, Head of the Church and Vicar of Christ (John 14:16, 17:11; Eph. 5:23). These stolen titles must have a deluding effect because the pope believes he “has full, supreme and universal power over the whole Church, a power which he can always exercise unhindered” (882). Rome also ascribes attributes of God to Mary by calling her a sinless mediatrix, advocate and co-redeemer (491- 494, 969).

Catholicism perpetuates the first lie of Satan by declaring “you will not surely die” if you sin against God (Gen. 3:4). Catholics are taught that they will not die when they commit “venial” sins (1861-63). Instead, they are misled into believing they will receive only temporal punishment. The Vatican practices other doctrines of demons, including forbidding people to marry (1 Tim. 4:1-4). Catholic clergy must agree to “live a celibate life and remain celibate” (1579).

The promise of God that is revealed in the Gospel is eternal, everlasting life with our Savior (1 John 2:25). Yet this divine promise is flatly denied by Roman Catholicism. In fact, Catholics commit the sin of presumption if they believe this promise of God (2092). They are said to be presuming on God’s mercy because no one can know how much merit is required to achieve eternal life (2027). This doctrine keeps Catholics in bondage to their false religion. Only by knowing and believing God’s truth can they ever be set free (John 8:31-32).

In closing, we acknowledge that there are apostate Protestant 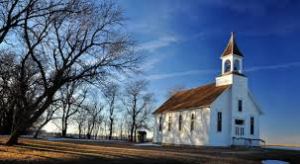 churches, denominations and cults which also deceive many people. For this reason, we encourage Christians everywhere to examine their faith in light of God’s holy word (2 Cor. 13:5). It is our prayer that evangelicals will cease from embracing Catholicism as a valid expression of Christianity and expose their fatal flaws (Eph. 5:11). We must also exhort all Christians to avoid being unequally yoked with unbelievers (2 Cor. 6:14-18).